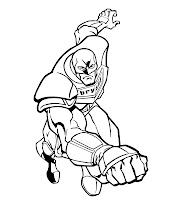 The protagonist is who the story is about, but they don't have to be a good guy. Breaking it down in broad strokes, the protagonist can be a hero, antihero, or villain. What's the difference, you ask? Here's how I think about them.

A hero is someone who is trying to do the right thing for the right reason. That doesn't mean they're a goody two shoes. I break heroes down into two flavors: ideal and flawed.

Ideal heroes are doing the right thing for the right reason. They have good morals and they represent what we 'should' be. We all hope that ideal heroes really exist, but most of us haven't met any. Luke Skywalker was an ideal hero.

Flawed heroes tend to do the right thing but not all the time. Their flaws often create conflict; they do the greater good but mess up on the little things (they save the world but kick their dog while drunk). We like them because we know we have flaws but hope we still do the right thing when it really counts.

If someone does the right thing for the wrong reason, they might be an antihero. Antiheroes are not trying to do the right thing; they have ulterior, normally selfish, motives. But they end up on the right side in spite of themselves. Han Solo started as an antihero - he was helping Luke for cold hard cash. But in the end of the first movie he became a flawed hero - overcoming his greed to help Like destroy the death star because it was the right thing to do. 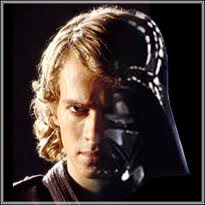 If your main character doesn't do the right thing at all, they're actually a villain. That's okay. To be the protagonist we just have to follow their story; the reader has to know their goal and have a reason to want to see if they accomplish it. There has to be someone/something standing in their way (that's the antagonist). Darth Vader was a villain and antagonist in the first series. Anakin became a villain protagonist in the last couple of movies.

(Darth Vader's not the best example of a villain protagonist since his role switches. My favorite villain protag is Ingen Jegger from Tad William's Memory, Sorrow, and Thorn series. He's definitely evil (wants to kill the heroes), but when the story is told from his perspective we understand his motivations (trying to please his evil queen). We don't necessarily want him to succeed, but we root for him as a person because we understand him - and he's bad-ass.)

The key to making any of these a successful protagonist is to give them a motivation the readers can identify with and a conflict standing in their way. If we care about the character, right and wrong can be forgiven.
Posted by Unknown at 4:00 AM