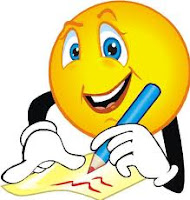 Again, an arc is a change, a progression from one state to another. The story progresses and our character needs to progress along with it. The character arc is an emotional transition. It's not just a physical difference in their world or setting. Our lead ends up knowing/experiencing more than they did at the start and along with that they are a different person. They can grow wiser, more compassionate, more at peace with the world or just generally happier. Or they could be worse off, sadder and lonely, but that's not how most of us want our stories to go.

Just like a good story arc, a character arc needs to have a logical progression. I mentioned before that most people don't change a lot in real life, but we expect more out of our fictional role models. So people should change, but that change needs to happen over time for it to be believable.  Radical epiphanies are not rewarding to readers.

You may be saying: 'But people love realizations! Look at A Christmas Carol.' Yes, let's look at it. While there is moment where Scrooge finally admits that he wants to be good, the story has been leading us there on a nice even path. Scrooge starts by being miserly (a scrooge, if you will). He rejects the first ghosts visit. Then he's argumentative, trying to justify his position. Then he's afraid, not wanting to see more. Then he finally admits the change after it has already occurred. There is a path, a series of smaller transitions, that lead up to the final outpouring of emotions. Even if the character doesn't recognize or admit it to themselves, we need to see that change happening so when it finally bursts forth into daylight it makes sense. It's the same way you leave breadcrumbs that hint who the murderer is in a mystery - after the reveal it has to make sense and the reader wants to know that the clues were there all along.

So how do we make this transition? What crumbs do we place? I think there's two general ways to do this. With a story I like to start at the end so I know where I'm heading. With characters you can do that as well - this works well with a happy ending. I know the boy gets the girl at the end. Or that she comes to peace with her dead mother. Or we find the lost puppy and the kid vows to love it and appreciate it more. Knowing where we want to end up we can build in emotional points as we go along.

But I think it often works better with a character arc to know the beginning and let the arc happen on its own. For that to happen, we generally have to start with a flaw - something that we want to get fixed (or at least changed). Maybe your character has trust issues. Then you can have your character react naturally to the events that you put in their path (that's the story arc). As you place challenges in their path, be mindful of what their flaw is so you can highlight it. Little challenges will bring it up and allow little changes as you progress. It's also perfectly acceptable to have a lack of change that brings up little failures - setbacks that make for more conflict and delay the resolution.

Ultimately they need to achieve a final goal and an easy (and good) recipe for conflict/resolution is to require a character to consciously overcome that flaw to do it. They must trust the person who hurt them in order to get out of the burning building alive. It doesn't work if they've been mistrustful the whole way and suddenly are forced to change. But if they've had to trust others, maybe in less important situations, then their big realization that they are now putting their life into another's hands is satisfying. They are changed and we get to experience that change vicariously, something that's very gratifying for the reader.

Now in talking about the story arc I mentioned that it could be circular. People end up back where they started (often appropriate in a series). This can be true for characters in a general sense, but they shouldn't be exactly the same. They should be different even if their situation is not. They should have overcome some internal conflict, should have learned and grown in some capacity. Maybe they just know more about the world they live in. But they can still have other flaws, still be incomplete and need more work. That's what the next book in the series is for and as long as they are progressing the readers will be okay with the slower pace of change.

If you know your characters, think of them as full people, then change comes quite naturally through repeated conflict. The thing that you have to keep track of is that it needs to be a path that leads somewhere (though sidepaths and occasional dead ends are allowed). Make sure it moves in a logical way through a series of changes instead of broad jumps. Once again, readers like to go along for the ride and each incremental change is a landmark on the road that makes us appreciate the destination when we arrive.