The internet is an endless land of conflict and strife. Well, that's not all that it is, but that seems to take up a lot of it. I think I understand a lot of why that happens, and mostly there's little to be learned or gained from flame wars. But sometimes there's a kernel of knowledge buried in there that might be helpful to pull from the debris.

Recently a writer wrote an article that in some ways attacked another writer. The full details aren't really important for this discussion, but one key thing is that they admitted they hadn't read the books they dissed. That bought them a lot of flak, and I think rightly so. But in a different instance, a reviewer dissed a book on GoodReads based on a few sample pages. A writer, but not the author of said book, called her out on it. Again I agree that it's not right to criticize a book's theme from only having read a few pages - though he could have phrased things better. But the internet attacked the writer for daring to question a reviewer, regardless of whether she read the book or not. Inconsistent much?

While there are differences in the situations, the basic action was the same: criticism of something without actually reading it. I couldn't figure out why the public response condemned the critique in one case and supported it in the other. It took me a while to puzzle it out, but I think I understand it now and it's kind of important. It's about power. 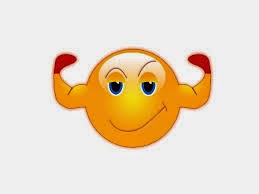 More accurately, it's about perceived power. The internet as a collective conscious (scary thought) is the public. It's the proletariat. The individuals don't have power themselves, but as a group they can wield a heavy club. They tend to whack those who they think have power, especially in an effort to protect their own. So readers seem to think that writers have power - at least those lucky enough to get published.

This makes sense. Readers look up to writers, often wish they could be writers. Writers get to make stories and get paid for it. Writers are few and famous. They have what we want and don't necessarily deserve it. Yeah, that's not really true, but I think it's an underlying belief out there.

So a published writer who critiques without reading is wrong - not because it hurts the actual author, but because it suggests an arrogance and opportunity that 'normal' people don't have. It's our betters thinking their better than us. But when a reader does the same, they're okay. We can't admit one of own is wrong, or we're admitting that our betters really are better.

It shouldn't be that way. The rules should apply the same to everyone and the collective community should judge on merits and not position. No one should critique a book without reading it, regardless of where they stand in the world. And if they do, the internet should calmly point out their error and give their opinion the lack of weight it deserves (OK, that's not going to happen. The internet will go into a frenzy of rabid hyperbole. But at least it should do it on the right side of the coin.)

As someone who is working hard to become a published author, I don't have much power. At the moment, I'm part of the masses. But if I do achieve some success, that will recast everything I've done before. These words will be viewed from a different perspective. I like to think that they'll hold up; that it doesn't matter what position I was in when I spoke. Truth should be the same in every direction.

But I'm not so sure that will be the case. I probably should be more careful with what I say now, knowing it could bite me on the ass later. Or, I could not worry about it and just eat the cake I'll have when I'm a rich and famous author. That sounds like more  fun :).
Posted by Unknown at 6:26 PM