Critiquing, part 1: Dishing it out 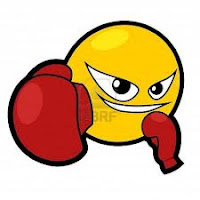 Critique partners are an incredibly valuable thing to have. Getting some input from a reader is essential to improving your work. At the same time, learning how to analyze the work of others can actually also help you see your own mistakes. It's common practice to swap work with others so each person gets a chance to give and receive feedback. For this post, I'm going to focus on how to critique someone else's work. [Part 2 covers how to take it, Part 3 covers fact vs. opinion]

To start with, try to give people the kind of feedback they want. That doesn't mean go easy on them, it means to focus on the areas that they want feedback on. Are they looking for a big picture review? Plot and pacing? Or do they want a line by line edit, getting into the particulars of grammar and sentence construction? When you're reviewing a work, especially a draft, it probably needs improvement in many areas. But each of us has our own system for revising and should know what we want to focus on first (though that might be everything for some folks). Giving accurate feedback on something that isn't important to them (at the moment) is far less useful than it will be when they're ready to hear it. So ask for guidance and listen to what they say.

So if you have something to focus on, how do you go about critiquing it? The first thing I recommend is to start by just reading as a reader. Don't critique, just read and keep going without thinking too much or writing anything down. That's how readers read. They don't stop and take notes, they don't pour over commas and adjective choices. A full read through will leave you with an overall impression that is most realistic and important to color everything else you will say.

You see, writers know more about writing than your average reader (at least we like to think we do). We know 'the rules'. Don't repeat words, don't over-write, don't head-hop, don't use adverbs, etc., etc., etc. But the rules are not really rules - they're guidelines. The only rule is don't bore the reader. If the reader likes repeated words with lots of adverbs and colorful prose, then that's fine. If it works, it works. That's why it's best to start as a reader and read all the way through. If, at the end, you enjoyed it, then it worked. That needs to be noted before you start pointing out all the rules that were broken. If you start picking things apart as you go you will never see the big picture, which is ultimately more important than the little details.

Once you have that impression, keep it in mind as you critique. If you notice something that violates a rule, stop to consider if it really hurts the story or if it works in this instance. Sometimes it's hard to decide and I'll just point it out as something to be aware of. The rule about rules is that you are only allowed to break them if you know that you're doing it and you're doing it because it works better for the story.

Another thing to be aware of as a writer is style. We all have our own and it's unlikely that whoever's work your reading is going to match your style. That's okay. Let them have their own. Don't critique something just because you would write it differently. Stop to make sure that you're pointing out something that doesn't work, something that, as a reader, is hard to follow or doesn't flow. And I think it works best if you point out the error without always trying to correct it. Just say it doesn't work for you, maybe explain why, but let the author come up with a fix. If you try to rewrite it for them it will cloud the issue and also meet with more resistance (though giving an occasional example to show what you mean can be very useful).

On that note, how you give feedback can be as important as what you have to say. As someone who's been a teacher for over twenty years (non-writing related), I've learned that the way you phrase something makes a world of difference on how effective the message is received. A critique should include criticism. The point of the exercise is to improve the writing, so you should be pointing out things that you think can and should be improved. There are ways to do that without being negative.

One standard technique is referred to as a criticism sandwich. Start by saying something positive. After all, we want to reinforce the things that are good. It also gets the receiver into a better state to listen to the criticism. Then you can mention what needs to be improved or changed. You finish it off with another positive. It's simple but effective.

Of course, different people have different tolerances for criticism. Some people can take more direct feedback and some are looking for more encouragement. This is something you can ask upfront at the same time you ask what to focus on. But regardless of how blunt someone says they want you to be, it's still necessary to include positive feedback. Without it they won't know what they're doing correctly and so they won't know how to change their parts that need changing. At the end of the day, we all want to know that we are good in at least some small way.

I find that it works best to give a general assessment regardless of what type of feedback they're looking for. That's a good spot to remember the criticism sandwich. Then it's normally expected (and most useful) to include some specifics within the work itself. Comments within the work can be about the details themselves, or you can just highlight a sentence or paragraph that relates to your general comments. Either way, it is helpful for an author to see exactly where something needs to be changed or improved, so giving something concrete for them to lay their eyes on is always good to do. On that note, don't forget to include some praise in the comments. You don't need a sandwich for every thought, but it's very valuable (and supportive) to also be able to see the specific things that do work as you're reading over a critique.

In the end, remember that the critique is about them, the author. Focus on what they want and how you can best help them achieve that. Don't try to change the story into how you'd write it, don't try to show how much you know about grammar, don't say empty positives that have no meaning. Try to read as a reader and give feedback as a writer, be supportive and constructive and focus on trying to help. If you're lucky, your critiquers will do the same for you (Part 2 on taking criticism is HERE).
Posted by Unknown at 4:00 AM