Diversity as a Buzzword 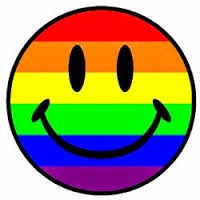 There's been a lot of talk lately in the writing world about diversity. This is a good thing. I wholeheartedly approve of the WeNeedDiverseBooks campaign and I think discussions of difficult or controversial topics are necessary for progress. But I've seen a trend in the marketing of books that has turned diversity into a buzzword, and I'm not as happy about that.

During some recent twitter pitch sessions - where aspiring authors try to attract an agent by describing their book in twenty words - I've seen good and bad examples of including diversity.

A good pitch should sell the story. It generally involves the main character, the main conflict, and the stakes. It takes a framework, like: thief needs to steal diamond to pay off mob; and turns it into something more specific and compelling:

Bisexual jewel thief must pull off the heist of his lifetime to save his estranged girlfriend from a psychotic mafia boss ex-lover.

But I saw a few pitches that went something like this: LGBT thief must steal diamond to save lover from mafia. Diverse cast.

I recently saw an agent touting a successful query for a diverse book, and my honest thought was that the query was entirely generic and bland, with lots of 'save the world', 'must figure things out' catch phrases that mean nothing. But it stated that the MC was queer and that it involved a M/M relationship. I haven't read the book, but the reviews are very positive and digging deeper it sounds like a great story. I just don't like that fact that it's considered a good query because it says 'queer', whereas I'm confident it would be considered an average pitch without that word.

I'm fine with the fact that the gatekeepers in this industry need to be looking for diverse stories, and the only way that minority stories will get represented is if there's a conscious effort to find them and hold them up for attention. But I feel that there must be enough great stories out there with these elements that we don't need to start our bartering with simplistic phrases. I want agents (and everyone) to hold diversity to the same standard as the rest of the ideas that populate books. I'm confident that diversity can handle it, that writers of diversity exist with the same skills and qualities as any other writing group. Maybe the fact that it's buzzing is a step in the right direction. But buzzwords are always a shortcut, and I think we deserve better than that in the end.