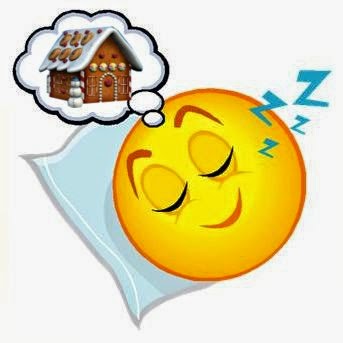 One of the greatest joys in being a writer, and one of the most valuable skills to have, is the ability to take inspiration from almost any situation, whether you're the one experiencing it or not. It doesn't have to be in the moment, and it doesn't have to be a postive thing, but writers should cultivate the art of absorbing the richness of life to later be regurgitated out - quite likely in a very different form - onto the page. It makes living a little bit more fun and interesting.

One of my favorite ways to get inspired is to dream. It's not something I plan, or something I control, and it often comes out in odd ways, but I've found it to be quite fruitful. In many respects, my dreams share similarities with my writing: some are in first person, some in third; some are about me, some are not; some are about feeling, some all action. While I don't try to write what I dream, there are elements of story that come to me in my sleep and I try to recapture it with words on the paper. It can be a productive exercise.

Recently I had a dream that covered many bases. It began with me on a spaceship, stowing away in the rear of vehicle that resembled a giant train while a group of people searched for me. I pulled a couple of ideas out of this that could work in a story. First, a train in space makes me think of a futuristic Murder on the Orient Express. That could be cool. The other aspect was the first person claustrophobic feeling I had in the dream, of being trapped in a place with no escape and trying to find someplace even smaller in which to hide. I try to hold onto that feeling and use it when writing a scene that connects, even if it's just someone trapped in a situation. Those gut-level responses, the kind you feel when you wake from a dream, are great insights into a situation you might have never experienced while awake.

Then the ship crashed - or at least it seemed to. In the dream-fuzziness, I found a hiding spot and the next thing I knew the ship was on the ground and no one was moving. I quickly took the opportunity to sneak outside where the steel hull of the craft lay in a garden, neatly built around it. That image stays with me - a futuristic relic settled into the landscape, no longer used for its original purpose but made to serve other needs. Lots of story potential there.

But then the dream shifted, no longer about me but about some character newly arrived on an alien world. I became the watcher, a detached third party seeing the action play out. The person walked away from the garden and across a strange landscape, only to run into a pair of humans who wore funny clothes and spoke an alien language. My main character tried to communicate, to ask for help, but was greeted with anger and violence. A struggle ensued and my hero fought them off, killing the strangers in the process. It made me wonder why they had been so violent. It made me think about what it must feel like to have to kill to defend yourself, especially when you don't know why. No answers, but plenty of good questions.

Finally, as the two bodies lay on the ground and my protagonist stood in a daze, the real aliens showed up. Ten feet tall with legs like a preying mantis and all in crimson uniforms. I awoke after that, but what a great visual. It reminded me of classic science fiction covers and something that could be developed into an homage to the genre.

The dream itself was interesting, but it didn't actually make a good story. It's the elements within, the creative endeavors of a sleeping mind, that offer real gems we can use upon waking. Writing is about creating something new and different, about adapting our experiences and folding them into something that others can relate to. Stories are built from the stuff of dreams, sometimes quite literally.
Posted by Unknown at 4:00 AM