Okey-Dokey, I've been away from this blog for quite a while but time to dust it off for a good cause. I've been working on a new project (not so new anymore) and it's almost ready for the query stage, always an exercise in anxiety and ego-bashing, and I've found a new program that sounds like a great way to get some help. WriteMentor is a group of YA (and some MG) authors who created a system to help mentor aspiring authors who have a Work In Progress (almost) ready for submittal. You apply using your work and the various mentors each pick out a mentee who they would like to work with, and from that point on you have an experienced critique partner to give you feedback and help you with revisions.

That's always seemed so hard for me: finding someone to give feedback who has the credentials to be believed. It's not that hard to find critique partners, and many of them do give good advice, but I've always received such contradictory advice and it normally comes from people who have the same background and experience as I do, so it's really hard to know what to listen to and what to ignore. I like the idea of getting help from someone who has gotten at least a little farther into the game - they have an agent, quite often have sold a novel - and that experience and perspective can make a world of difference.

So I'm actively looking for a mentor! My project is a YA Mystery entitled Fog Line which I've been working on intermittently for a couple years now. It's my third book (the first is best not spoken of, the second, a YA SciFi, didn't fare well in querying but I still have faith). Fog Line has had several beta readers and gone through a couple revisions based on feedback and my own musings. I think one more revision is needed and I'd really like to find someone to work with who sees what I have, what I'm going for, and what is possible. Here's a little bit more about my story: 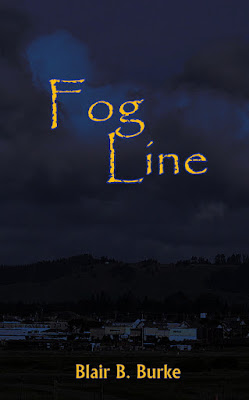 Four months ago, seventeen-year-old Malena killed her best friend. She doesn’t remember the party, much less the accident—too much alcohol and a severe concussion—but that’s what Josh told her when she woke up in the hospital. He was first on the scene and slid her friend’s body into the driver’s seat to save Malena from jail time. Under the weight of that secret and her guilt, Malena limps through her senior year with a simple strategy: keep her head down, don’t burden her mom any more than she already has, escape high school and this crappy little town forever.

The new girl at school, Zoe, makes it hard. Somehow she knows everyone’s secrets and enjoys revealing them to the world. But she says the crash wasn’t Malena’s fault, wasn’t an accident.  Any hope of redemption is enough for Malena to buy in, and when the police report backs up the claim, Malena must find out why Josh lied and who else at the party was involved.

With Zoe’s strangely accurate guidance, Malena uncovers pot dealing, police bribes, and secret relationships. But as she gets closer to the truth,  more kids start dying in ‘accidents’, and Malena wonders if vengeance is coming for her or if she should be the one dishing it out. 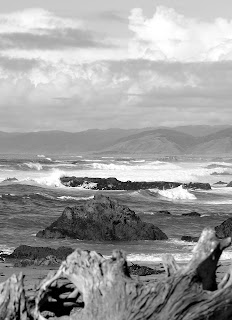 I moved to the Mendocino Coast of California several years ago now and it's one of the most picturesque areas in a very photogenic state. I visited frequently in the past to enjoy the ocean and the quaint shops, but living here introduced me to a different landscape: the people. While the backbone of the economy used to be lumber, that dried up with the closing of the local sawmill a decade ago. There's still some commercial fishing, but this is a blue-collar area without many blue-collar jobs left. There's also been a hippie art scene combined with a back-to-the-land movement since the sixties, and enough tourist money coming from the Bay Area to keep several studios afloat, but hardly enough for everyone. Marijuana is the where the real money is, and so much of the economy works off the cash that flows from the crop. It creates this weird mixture of liberal politics, poor working-class communities, and lots of uncertainty around the financial future of legalization and the benefits and drawbacks it brings. Add to that a growing Hispanic population, often spread from more farm-dependant areas of the state, and you have enough natural conflict for a dozen good stories. 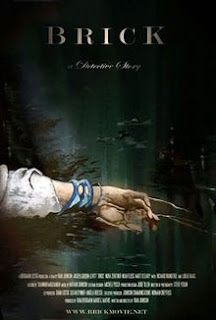 So I knew I wanted to write something that involved the intersection of the diverse groups of people. But that isn't a story. Somehow my mind reached back to one of my favorite films, Brick, a film-noir set in a modern high school. (It's one of Rian Johnson's early movies and an early work of Joseph Gordon-Levitt - check it out if you've never seen it.) High school, drugs, different cliques, a loner who's tough and resourceful, determined to find the truth. It translated to the area really well and the idea of writing a dark mystery appealed to me.

I came up with my basic story idea off that: a girl is dead, what really happened is a mystery, it involves drug dealing and lots of secrets. But it needed something more to drive the action, to give it the pacing and conflict I wanted. I found it in another movie: High Plains Drifter, a classic Clint Eastwood western. Not where you'd normally expect to source a YA novel, but by inserting a character based on Eastwood's classic man-with-no-name, I found a unique element that drove the plot, added conflict to every other character, and created a fascinating dichotomy with my main character.

When I started actually writing, my main character changed most of my plans. I had thought of a dark story, told through eyes of an emotionally detached, hard-bitten detective (though in this case a teenage girl). But Malena Thompson wasn't so tough. She was large and strong, and emotionally broken, sure, but as I crawled into her head it became very clear that her motivation wasn't to simply find the truth, or to punish those who might have hurt her; she sought redemption. For her own failings, but also to honor her lost friend. A friend who she loved sincerely and who was a truly decent person in an often inhospitable world. A friend who made Malena better and for whose sake Malena wanted to become better still. It wasn't a story of darkness and depression but of light and hope, just buried deep under a gritty veneer. It was Malena's story.

Malena is the daughter of a second-generation Argentine immigrant and a Silicon Valley rich kid. Her dad abandoned her mom when she was born, but her mom kept his last name for Malena in hopes it would help her avoid the life of physical labor and disrespect that dark skin can bring. Mostly it made Malena an outsider from both communities, which, ironically, is why her friendship with the only black girl in town worked so well. That friendship centered Malena's life, allowed her to draw manga without worrying about cultural appropriateness, and gave her a sense of home beyond her doting mother. Losing that friend, especially believing it was her fault, was a devastation from which she sees no recovery.

Everyone who has read the first chapter remarks on how powerful the New Girl character is. They're right, she's a force of nature. But she isn't the MC, and while I did face my own doubts that having such a strong secondary character could unbalance the book, over time, and through revisions, it became more and more clear that Malena has a strength of character that holds her up against anyone. It may take some time for the reader to realize it, but those are my favorite characters: the ones who always have more to show and depths to be plumbed.

Where I've ended up is a little different than where I started. I've had a couple beta readers who really like it, I've made some changes to connect all the characters and expand the motivations for everyone involved. I've worked in a few more details so the twist ending will still surprise but is also laying in plain sight. Fog Line definitely has more of a Veronica Mars vibe now - one of my all-time favorites, so I shouldn't be surprised it worked its way in. It has some witty humor, it has some decent adults who try to help, it has a geeky sidekick who doesn't fit the stereotypes you might assume. At its heart it's still a story about a loner poor kid who's searching for the truth in a world of contradictions: wealth and poverty, white and brown, illegal and legally sanctioned. I hope it shows the place I call home, but more importantly, I hope it gives the world a character that they learn to love and respect the way I have.
Posted by Unknown at 12:18 PM