Story Notes: In the Beginning 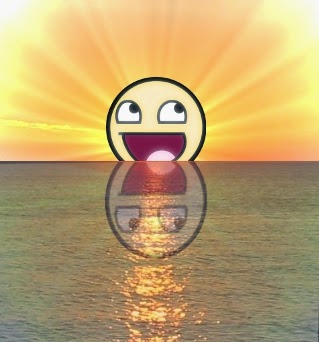 My storytelling started when I was a kid, even if it was just to myself. I would come up with a character and take them on adventures in my head, developing long stories over a period of months. I would also come up with a backstory - I knew all about how that character came to be, their likes and dislikes, what happened them as a child, what led to the world that they currently lived in. As authors, creators of stories, it's natural for us to have a grand sense of the people and world we create. The problem is when we try to share all that with the reader.

A story is not a world, it's a discreet series of events centered around a specific happening. A good story needs to stay focused on what is relevant to itself and nothing more, revealing the past only as it comes up and pertains to the present. A story should start at its beginning, not at its set-up. Think of it in the context of history: the Revolutionary War is a story, but you don't need to know how Native Americans came to North America by way of the Bering Land Bridge to understand it. You don't need to follow George Washington through his childhood (that would be a different story, maybe an interesting one, but not fundamentally about the War).

You'd think it would be easy to start a story where it begins, but you'd be wrong. It's so very easy to start earlier, to share all the wonderful backstory with the reader, to give them all the necessary information they'll need to put the events of the story into the context that they need. But it doesn't actually help the story; it doesn't enlighten the reader or draw them in, more likely it bores them. People want to read a story, not world-building.

So how do you do this? How do writers know where to begin? A commonly given piece of advice is to not worry about it. Start writing, tell your story as you want, and then let your test readers point out where they think the story begins. I think that's works for finding the beginning because ultimately the reader is the best judge of a story, but it also makes more work for the author because they need to change that beginning, and possibly a lot of the story after it as well.

You see, all that world-building and contextual background is useful stuff, and often times essential for the reader to understand the story. It just needs to be delivered during the story itself, woven into the present and not delivered beforehand. As a writer, I find it best to be able to do this as I go, hopefully saving some time and effort during the revising process.

Another common piece of advice is to start with action, with something happening. It doesn't need to be spectacular, it doesn't even need to be physical. It just needs to be something that moves the plot forward, something that is part of the actual story. Since I focus on characters in my writing, I think about what is changing in that person's life that makes this the start of a new chapter - the start of this story. What precipitates the rest of the events? Do they meets someone new, lose a job, learn an important secret?

Let's say we're writing a story about a high school girl who goes out for the school play and falls for the lead actor while learning valuable lessons about life. The story could start at try-outs, or it could start in the cafeteria when the lead actress acts all bitchy and our protagonist decides to win the lead role in the next play. It doesn't start on a normal day when she goes to school and we meet her cool friends who are later important; it doesn't start with a breakfast scene where we learn about her troubled family life. Those are things that are important to her life, but their current actions aren't part of the plot for this story. We can meet her family when they learn about her trying out for the play; we can meet her friends when they show up to cheer her on.

Start with something that connects to the core element of the plot, even if it isn't obviously clear up front how it connects. Trust that the reader is okay without knowing all the backstory and they will trust you to fill things in as you go along. Readers want to know that they are on a path to something, that they've started a story, not history.
Posted by Unknown at 8:16 AM