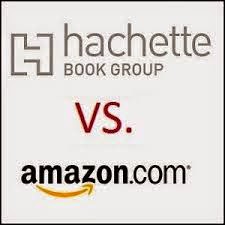 One of the most talked about topics in the publishing world these days is the ongoing contract dispute between Amazon and Hachette Publishing. Only those on the inside know the exact stakes that are being fought over, but enough info has leaked for most everyone to have a sense of the argument - though knowing facts has never been a prerequisite for stating an opinion on the internet. I am not an insider, I'm not involved in this fight in any material way, and I don't think my opinion is really worth adding to the scrum, but I do have something to say about the economics involved.

What has surprised me about the discussion is the fact that so many writers have taken sides, defending one or the other combatants as their champion, as if the fight is actually over the souls of the creative folks it affects. It's not. The fight is over money, profits for million/billion dollar companies. If anyone thinks that either side is on a noble quest, they really don't understand business.

That's not to say that the outcome won't affect writers. It will. And knowing that, it might very well behoove a writer to choose the side they think will benefit them the most and throw their support that way. Like everyone else in a free market system, we're supposed to look out for our own self interest. The problem is that different people legitimately have different interests and thus different (and quite correct) opinions over which side is 'right'. 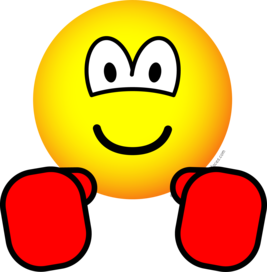 The fight itself is over who gets to control the pricing of books, especially ebooks. Neither Amazon nor Hachette is suggesting that writers get that control; both want control of the final retail price of books published by Hachette (price control in general is a different topic - this battle is strictly over Hachette books). It's a simple truth that when a writer works with a publisher, they effectively give up control of pricing in the hopes that the publisher handles the business side of things in a way that maximizes their (the company's) profits which also maximizes the author's royalties. Hachette is fighting to do exactly that. So is Amazon.

As an economics major, I simplify the differences this way. Hachette's model (and that of the big publishers as a whole) is to find a 'select' group of writers, chosen for their quality and money-making potential, and sell their work at a premium that distinguishes it from random fare. Amazon is a retailer, and their business model is to sell as much of everything as possible, at the lowest price possible, to maximize market share. It will generate more revenue but likely distribute it over a larger number of products (thus diminishing the return on any individual product = fewer royalties for each author). Which side is best for you depends mostly on whether you are (or hope to be) in the 'select' group of published authors.

The War, not the Battle 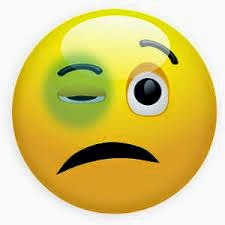 There are some bigger questions at stake beyond self interest that I think are worth talking about, and once again an individual's position is likely to be determined where they stand in relation to the behemoths. It's worth considering how outcomes affect writers as a whole and what type of system we want to have in place to allow authors to earn enough to provide for the continued creation of fine pieces of literature (and by that, I mean good books of any stripe). For the free market is never really free and rarely arrives at the best solution for all of society - anyone who says differently hasn't taken a freshman Econ class.

The problem with the classical publisher model is that there are barriers to entry - the high cost of publishing lots of books - which creates limited competition. This allows publishers to act as gate-keepers and control the product, a good and bad thing. Good in  that it raises prices to a point where authors can make a living and continue to produce quality work. Bad in that it takes the choice of what is considered quality out of the consumer's direct control. As a consumer (reader), I appreciate that a big-publishing-company book is going to have a standard of quality that separates it from the large amount of garbage that gets produced by writers in general (and yes, I realize I'm one of those garbage producers at the moment). I also think that the system could expand to be more inclusive and I believe self-publishing has widened the range of materials available to the market. I think things are trending in a good direction, but ultimately I do want controls on the marketplace and royalties high enough so support those creating decent work - i.e. I want to be able to find high quality widgets made of steel, with good craftmanship, not just cheap plastic ones mass-produced in China.

The problem with Amazon is the future. While cheap prices may seem like a boon for the consumer, the truth is a little darker than that. Amazon has a huge market share and uses it's power to sell books under cost, thus driving out competitors (Barnes & Noble anyone?) and ultimately leading towards a monopoly. Even people who haven't had freshmen Econ should know that monopolies don't create optimum results for society. And Amazon is actually taking control on both ends - they are the single largest purchaser of ebooks from publishers (a monopsony), thus allowing them to dictate at what price they buy, regardless of what price is necessary for the survival of the producer of the goods (authors). Those who back the free market pricing of Amazon need to take a deep look and decided if the company's goals really match that ideal in the long term.
[A simple yet compelling write up of the situation by agent Andy Ross is found here, actually written years before the current situation with Hachette.]

And the Decision goes to...

There's no simple right or wrong here, no one answer that all authors should be fighting for. I just don't like to see authors fighting each other in a battle where the the true contestants are fighting for their own bottom line. Don't for a second think that a corporation ever has your best interest at heart - their only responsibility is to earn profits for the shareholders, and any benefits to anyone else are incidental. While a free market can lead to the best result for society, it's only a theoretical construct, about as meaningful as freshman physics calculations where we ignore friction and a rolling ball never stops. Book-selling has never been a free market and for many reasons it may be best that it not be. The question is what type of restraint ultimately serves the best interest of those interested in writing and reading good books. I'll let each person make their own call on that.

The fight is over. Who won? Who knows. The details of the settlement between Amazon and Hachette haven't been released. Both claim victory. Personally, I think everyone has lost a little, especially us authors.
Posted by Unknown at 9:28 AM