The Good & the Bad: Sitcoms 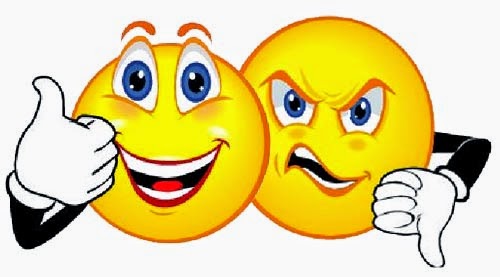 Continuing on my series of post to share what I like and what I not-so-much. Let's look at sicoms. Situation Comedies. The name implies that they involve a set-up that is the source of the humor. Funny happenings in common environments, that we can all related to, like a nice guy who works at a boring job full of weird people, or a dad trying to raise a family of lovable, trouble-making kids. Good, light-hearted humor.

The truth is, sitcoms often go much deeper than that. They often use humor to help us relate to horrible situations (MASH), or deal with important societal issues (All in the Family, The Jeffersons). The great shows make us laugh and think a little bit, and for me it always starts with the writing.

I love clever writing. I like to catch the subtleties, the little quirks that make each character into a deep and real person, the quick lines that reference a joke from a season before, and some nice word-play that shows a mastery of language. It doesn't have to be sophisticated (Family Guy has some genius behind it's crudity), but it has to have some wit behind it.

Let's start with my favorite show of all time: Cheers. Great dialogue? Check. Real characters? Check. Profound social issues? Not so much. What I loved about Cheers wasn't the big picture. The show didn't hold a mirror up tot society, or make me consider hanging out in a bar in a different light. It occasionally had a nice social theme (when Sam's old team-mate turned out to be gay), but those episodes were rare and never the focus. The heart of the show was the family. Not your biological, we have to love each other in spite of our differences family, but your friends are the true family family.

I love that a group of random people bonded together (in a bar of all places) to care about each other in a way that defines family for me. People who stand together no matter what. People who know each other's failings and care despite them. People who tease and laugh and love regardless of what else is happening in the outside world. I loved that about Cheers and can enjoy any episode as I watch it for the dozenth time. And Coach is my favorite character of all time.

More modernly, 30 Rock did the same thing for me. Set in your classic dysfunctional work environment, what made the show stand out was the quality of the writing and over-the-top performances by Alec Baldwin and Tracy Morgan. It was larger than real life but almost every episode came back to these strange people showing their love for each other, the craziness only emphasizing the real humanity at its heart.

Some of my other favorites include: Arrested Development - the very best at continuing jokes and themes throughout multiple episodes and tying things together in unpredictable ways; Archer - beneath the drunken ramblings and crass sexual innuendo, there's some really good manipulation of the English language; Coupling (the British version, not the insipid American fail) - the model for Friends, but with more courage and real life situations. And I'll finish off the list with The Mindy Project - once again a family in practice, but all the characters are new and fresh, and the skewed perspective of modern life comes shining through.

On the other side of the coin, what makes a sitcom bad? Sure, there are the ones that completely lack humor (Cop Rock, 2 Broke Girls, Mama's Family), but that's too easy. What about those that do have humor, that manage to last for years and gain a large audience? Some of the most popular shows are also my least-liked, often because the way to appeal to the masses is to be broad. The Big Bang Theory has some good writing and acting, but the humor revolves around stereotypes that are completely inaccurate and rather belittling. Everybody Loves Raymond had a universal setting - the horrible inlaws - but I never connected with people who may have loved each other but in practice treated each other poorly. There's a point where the love doesn't make up for the pain, and that's not funny to me.

A couple of shows really put me on the fence. Every once in a while I catch a South Park episode that knocks it out of the park. Sharp, biting criticism of hypocrisy and the ridiculousness of our popular culture (see what I mean at The Washington Post). Sometimes it's a bunch of uninspired fart jokes. Modern Family definitely has the love between misfit characters working, but somehow it doesn't inspire me most of the time. Maybe it tries to hard to make the quirky fit.

So there are some of my favorite shows, and some that I really can't stand. Do you agree? Any favorites you want to share? Any sitcoms that make you run screaming for the hills? Let me know.