What Makes a Soldier a Hero? 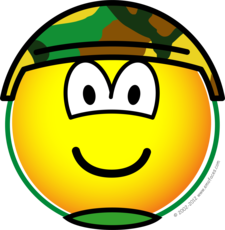 American Sniper is turning into a box office phenomenon right now, but not without some controversy. Many call it the story of an American hero, but some question whether a sniper is the best example of heroic behavior. I haven't seen the film (or read the book), so I'm not casting judgment on it specifically, but the question of what makes a hero is something I think about a lot as regards to my writing (which often features heroes of some form or another). I'm not really all that interested in American Sniper because everything I've heard about it suggests that it starts with the assumption that Chris Kyle was a hero and goes from there (maybe I'm wrong, but that's the impression it gives and its fan's support). I want to step back and avoid that assumption and talk about the connection between soldier and hero.

Does the simple fact that someone chose to be a soldier make them a hero? On both sides of any war? Does their individual conduct matter? Their motivations or role in the fighting? How about the reason for the fighting in the first place. Does a just cause create heroes? And who decides what's just?

Michael Moore offended a lot of people when he tweeted that his grandfather was killed by a German sniper in WWII and he was taught that snipers are cowards who shoot people in the back. But is he wrong? Was that Gernam soldier a hero like Chris Kyle? And if not, why not? Both were hiding in the shadows, killing people from long distance while other soldiers braved the ground to advance. One shot soldiers, one shot women and children, both to protect their heavily armed companions. Both were part of an invading force there to topple the country's existing government.

In hindsight we can agree that the Nazi's were evil and wrong, but are we now sure that the U.S. invasion of Iraq was right and honorable? Do the relatives of the innocent civilians who were killed as collateral damage believe that? Does it even matter when assessing the actions of a lone soldier in the middle of that chaos?

I recently read an account of a medal of honor winner who literally threw himself on a grenade to save the lives of his fellow soldiers. That kind of sacrifice seems pretty heroic to me. I think I'd respect a Nazi soldier who did the same, but I'd still hesitate to call them a hero because the term takes in a lot more than a single act. That one moment, even if spurred by a pure motivation like saving others' lives, can't erase a campaign of horror focused on conquering others and wiping an entire group of people off the face of the earth.

At the extremes it's always easier to make judgments, but we have plenty of our own history full of murky motivations and dubious justifications. American soldiers have slaughtered innocents and perpetrated atrocities on the world, so we can't claim any pure moral high ground. We've attempted to wipe out the Native Americans in the name of establishing a democracy based on liberty (but only for those of the right skin color). We've invaded countries to overthrow properly elected governments and gone to war based on justifications that were deliberately fabricated. It's hard to say that being an American insures you are fighting on the right side of history.

To paraphrase an old saying, it's the victors who decide right and wrong, but is that good enough for us? Are we okay with always justifying our actions and those who served to execute what may have been a wrong choice? Shouldn't we be capable of a little more insight than that, and can't we judge individuals based on both their own actions and the motivations that led them to the situation?

There are a lot of grey areas in war, and it makes a very interesting line of questions to pursue that delve deep into human nature and the values of society. Soldiers are necessary to protect the freedom of the innocent. Defending oneself and a fair and democratic society might involve hurting (and killing) people, some with evil intentions but some with the noblest of intentions. I can accept that. But I'm not sure when necessary evil rises to become heroic.

It makes an interesting discussion and that makes it a good topic to explore in fiction. I've written several soldier characters, most in fantastical settings, but to some extent a soldier is a soldier, whether they use an M-16 or a scimitar or laser rifle. The ones who do not want the job, who are forced into acting and hate what they have to do are the ones I find the most heroic. One my characters was actually bred to be a soldier and during his immortal life has fought in countless wars. Despite the personal joy he takes in excelling at the fight, even he hopes the world will outgrow the need for him and his skills. A hero doesn't just do the right thing, there needs to be some awareness of what is right and wrong and making a choice.

One of the traits that helps to separate the hero from the anti-hero for me is their personal viewpoint towards the violence that they commit. Those that enjoy the violence, that actively seek it out for whatever reason, always come across as less heroic. It doesn't matter if they're fighting for the right side - people who take any pleasure in killing others, even the bad guy, lack the compassion that I feel is necessary for any true hero. On the other hand, those who feel remorse, even when their actions are fully justified, have a humanity that makes them much more sympathetic and someone who I would look up to.

I'm sure there are a lot of heroes among today's soldiers, on any side of any fight, for reasons both large and small. But I find it hard to believe that in any group of so many people, any profession dedicated to violence, everyone is noble and pure. Like the rest of the population, soldiers include the petty, the bored, the casually cruel and downright evil. Hero is a big thing, an important concept. I'm afraid if we don't think about and discuss it, if we just hand out the title of hero as a blanket statement, we're on a path to devalue the word and disparage those who truly deserve it.