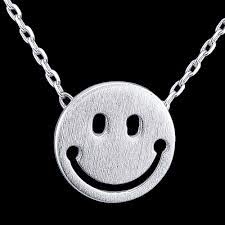 It's been a while since the Absolute Write Blog Chain has happened. But it's back, and I'm happy to be participating again. I wrote up a little story to match the month's theme. Check out the links at the end to find and follow the other links in the chain.

Emanual gesticulated wildly from his perch on the divan, wine splashing in drops to stain his silk chemise and splatter the white marble tile. He kicked his feet in tiny spasms as if they could fan away the papers in front of his companion on the floor. "You have no sense of romantic love. Only ridicule resides in your heart."

The accused raised his quill from the parchment, his face white with too much powder and his shabby wig askew. "In oure humour we touche uppan the truth. My love is endeleas, and if mine words aheald hit is only to ahydan my fragyl herte."

Emanual guffawed, spewing a burgundy mist that settled on the unfinished scroll. "Geoffrey, my dear, there is not a soft part of you other than your delightful arse. You can pout all you want, but I know your soul is as hard as this flooring and your wit sharper than your wisdom."

Geoffrey pursed his lips further, but he couldn't prevent them from twisting into a smirch. "But thyn love is min, is hit ne?"

Setting the now empty glass on the floor, Emanual leaned forward and stroked Geoffrey's cheek. "Truly it is, but if you wish to show your delicate feelings to the world, I would take it askance if you did so in your customarily biting manner. Perhaps you can slip in a sentiment of meaning that would inspire instead of infuriate."

Footsteps echoed in the chamber, the heavy clod  of Geoffrey's manservant who appeared from some unknown vantage point. His knack of replenishing supplies of liquor just when needed endeared him to Emanual, if his surly countenance did not. He placed the freshly uncorked offering on the writing desk, too crowded with half empty vessels and remains of a feast to be used for it's designed purpose, and stopped to retrieve the empty bottle that had rolled to a rest beside the mantle. He left without a word, or even a glance at his master.

"Thank yow for thyn service, oh most dutyfil troglidyt," Geoffrey called after him, his courage always greater with no face before him.

Emanual bent down to tap the paper in front of Geoffrey. "Fragile is your ego, if not your heart. But stay upon your purpose."

Geoffrey turned his attention back to his present company, reaching for Emanual's hand, but too slow. "Again, what werds maest soote and satisfying would yow stelan fro me?"

"If I dictate, then what honor lies in that? Your tongue is the one of talent - many talents if sooth be told - and upon it lays the burden of devising lines of lasting merit. Perhaps an ode to a memory of past, a symbol to inspire those simple sods who follow your tales knowing not your meaning."

Both men paused in thought, though perhaps not matching in subject or spirit. After some time, Geoffrey asked, "What symbel would hold sich power ofer the gat-tothed swearm?"

Emanual held in his smile, knowing a serious question meant his plan had fruited. "Do you know the story of Saint Valentine?"

Some time later, deep into the night, Emanual emerged from the servant's entrance at the back of the estate. A sliver of a moon hung low on the horizon and a few steps - stumbling, inebriated steps in case anyone observed - carried him into the darkness of the trees where his sudden dematerialization went unobserved.

He reappeared in bright sunlight, on a field of impossibly green grass beneath a temple of indescribable beauty. His garb changed from silken pantaloons and a flowery blouse to a one-shouldered robe tied loosely by a braid of gold. Walking straight and true, he made his way towards a pool of clear water where nymphs splashed gaily under the watchful eyes of dryads, all serenaded by a cloven-hooved piper. Every being turned at his approach and a small human with a feathered hat rushed to his side.

"Were you successful, my lord?"

The man who had gone by the name of Emanual smiled, a pure smile that filled all it touched with love and desire. "Of course. The seeds have been sown and in time this day shall become mine, with uncountable numbers worshipping at my altar whether they know it or not. The rest of my brethren will continue to fade, but Cupid will be remembered as long as the race of man survives."

Hope you liked it. In case it wasn't clear, the theme for this month was Valentine's Day. And if you don't know, many believe the holiday owes it modern incarnation of celebrating lovers to none other than Geoffrey Chaucer, who included a few references to Valentine's Day in a number of works. Made me wonder why he did that.

Here are the rest of the links - check them out as the links go live over the course of the month.