Time once again for the Absolute Write Blog Chain. The method to the this month's madness is to take a character from the preceding story and write a new story with them. Create some new characters so the next in line has something to choose from. Definitely worth following the change to see how the characters are crossing through in such cool ways, into different genres and worlds. Start at the beginning and work your way back here:

And without further ado, here's my entry: 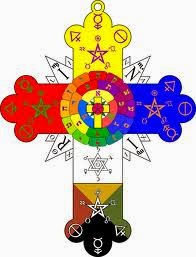 The poor soul tried to look around, but it doesn't work when your incorporeal. Jeremiah sympathized. Hundreds of years after he left his own body, he still occasionally expected it to be there. "Relax your thoughts and let me explain. You are deceased, a pure consciousness with no physical form."

"Your previous existence has ended, but your spirit is eternal." Jeremiah always found it hard to convey true meaning with the limited words of earthly language, but until a spirit awakened to the reality of infinite wisdom, it was the only way to communicate. "There is no Heaven as you call it, but only the universe as a whole; a far richer and more complicated landscape than Christian theology holds."

"You ain't dead, just your body. Your soul is in limbo until we find an appropriate vessel for your return." Jeremiah hated such coarseness.

"Soul? Vessel? Return?" The last word carried hope with it.

"Yes, you're journey is not complete. You will be reborn in another form to learn that which escaped you in previous incarnations." It would be much simpler if memories transferred directly from life to life, but perhaps that would make it too easy. The path must be difficult to be worthy of such a reward.

A warm light filled the void without illuminating anything. Jeremiah basked in it's glow and knowledge washed over him.

Tom's spirit rustled. "What was that? Am I going somewhere?"

"The decision has been made." Jeremiah let his sadness permeate his words; maybe it would encourage change. "Your act of rage has condemned you to lower form. May you learn humility and find peace in this simpler existence."

Jeremiah felt the struggle as Tom's presence swept away. The Powers That Be could be harsh, but ultimately they were fair. He turned his attention to a new arrival. "Try to relax, brother Wesley. You have reached a respite on your journey to enlightenment. A well needed rest by the looks of it."

Tom felt his identity stripped away as he became aware of a new form existing around him. His thoughts grew fuzzy and his belly itched.

"That a girl, Mabel." The vet finished the last of the sutures. "I thought we lost you there for a moment. You might never chase cars again, but there's lots a dog can do with three legs." 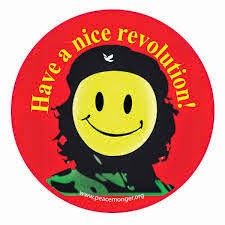