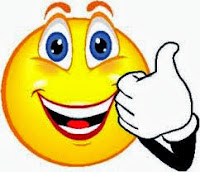 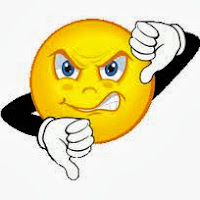 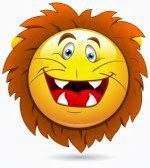 Time for this month's Absolute Write Blog Chain. Please be sure to check out the other great blogs in the chain below and check in on Absolute Write for one of the best writing forums on the web.

This month's prompt is Lions, Tigers, and Bears, Oh My! Normally I would put together something new for the blog, but I'm really busy doing revisions on my current WIP. And while revising away, I came across a passage that fits into the theme rather nicely. So I thought I'd share a little of my current work.

Now Alexander looks at me. His golden eye glitters in the light of the ceiling lamp. Knowing who he is, he doesn’t look as sinister but definitely more intimidating. “Emily, he is not what he appears. I am not the enemy. Achilles won’t be able to protect you from what’s coming. He is a brute who fights for the pure joy of killing. He fights for the underdog because it’s a challenge. He does not care for you or your mother. I ask you to come with me.” He looks almost human as he says it. “I will reunite you with your mother. We will keep you safe.”
For a second I don’t understand. He’s asking me to come with him? Why would I do that? But if he’s asking, it suggests he knows he can’t force me.
“Why on earth would I trust you? You’re the only thing that I need to be kept safe from. If you’re my friend, why don’t you just let my mom go and we can forget all this ever happened. How does that sound?”
Alexander dismisses my questions by looking back at Achilles. “You are a fool, you Hetairos halfwit. A mistake of the past. This time you will finally lose.” All humanity is gone.
“You have never beaten me, Alexander." Achilles is no longer smiling. "Not in Babylon, not at Thermopyle, not at Agincourt. You will never defeat me.” His whole persona has transformed. As frightened as I have been of Alexander, I am terrified by Achilles. The look on his face, the entire set of his body, is of a wild animal ready to strike. He radiates power and strength in a way that no one should. Sitting between these two men I feel like a fawn walking between a tiger and a lion. If there is a fight, I will be slaughtered without notice long before a victor is decided.
Alexander's hand shoots out like lightning and grabs the wine glass. Both Holden and I knock over our chairs jumping back from the table. Achilles doesn’t move an inch. Alexander raises the glass slightly to acknowledge his host. He drinks it in one gulp and gently sets it back on the table.
“I won’t be the one who beats you,” he says with a smile. He stands and quickly walks back out the front door, closing it behind him with a solid thud. The quiet he leaves behind is deafening.

I have to say that I'm really excited to be finishing up these revisions. My novel is a Young Adult Science Fiction story and I've already had a couple beta readers and done a couple rounds of revisions. I think it's just about ready to go out and I'll be looking for some more beta readers in the next few weeks. So if you like what you read and want to get the full story, shoot me an email or let me know in the comments.