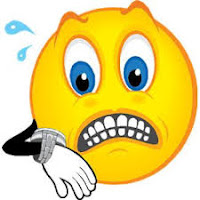 Procrastinating is inevitable. Not just among writers, but we seem to have elevated it to a higher level, even giving it a formidable name: Writer's Block. the fact that it seems to affect almost everyone and is such a staple in the artistic process makes me think it's more than the common 'I can't find the motivation to do this' which plagues everyone in the mundane details of life. I think it's actually an integral part of the creative process.

To create, our minds work on more than the conscious level. You can force yourself to sit in the chair and type, but that doesn't necessarily lead to creativity. We need to pull from our vast subconscious; we need to have a well of inspiration from which to draw.

But this is NOT an attempt to justify laziness or give anyone (especially me) an excuse to get out of working. If you want to succeed at anything, you need to be productive. Sometimes that means sitting your butt in a chair and starting to write even when you have nothing to give. It's surprising how often putting words on paper allows the mind to wander, to relax and find the hidden reserves waiting there to fill your quill. There's a reason that successful writers so frequently talk about writing every day, whether you feel like it or not.

Sometimes that works for me; sometimes not. However, as an aspiring author there is a lot more to success than mere writing, and that's where I've found the secret to constructive procrastination. When I lack the inspiration to create stories and characters, I turn to other endeavors. I edit past writing. I read - not just for pleasure but to learn from others about the craft of writing. I update my website. I research agents. I design book covers or review financials. There are so many aspects to being a writer these days that it's hard for me to imagine you can't summon the requisite energy to perform at least one of the tasks.

We all have so little time to get so much done. As a planner, I can come up a schedule and know how much time each little thing should take and the proper order to do them all in. I can block out time in my mornings and clear my calendar for a weekend. I can even set deadlines. But even my regimented mind rebels against such boundaries. If I give myself enough flexibility to let myself work on what inspires me in that moment I work much more productively, meaning I accomplish more over a given time span. Sometimes I blow past the artificial deadlines I set. Sometimes I feel like I have an unending list of next projects that grows faster than I complete them. But by using my procrastination time wisely I make the best use of my limited resources and prepare myself to do my best writing when the time comes. 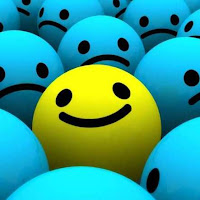 Posted by Unknown at 7:59 AM No comments: