WriteOnCon 2014 is officially in the books and I thought I'd summarize a few things I'm taking away from it. This isn't really anything new, and it applies to life in general as much as this particular online conference, so even if you have no idea what WriteOnCon is, these ideas still hold. (But if you write kidlit, you should definitely check it out next year!) 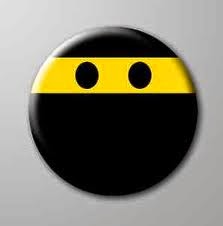 WriteOnCon consists of two major parts (though it had more in the past). First, and opening up a week ahead of the conference dates, are the critique forums, where attendees post their work - a query, the first 250 words, and the first 5 pages. Everyone critiques each other and if you get your stuff up there early it gives you the chance to make edits from the feedback so you're ready for the ninjas. Ninja agents are the other big draw to the forums - industry professionals troll the boards and make comments or even request submissions based on your work. There's a list of agents attending, but you don't know exactly who is commenting unless they private message you. And not everyone gets ninja comments - they pick and choose who and how they want to interact.

The other aspect of the conference are the 'live' events that happen over two days - the actual conference dates. Mostly this consists of twitter pitch sessions with an agent or editor, but they also had a couple of Q&A sessions with industry folks. Both the twitter pitches and questions are moderated and chosen at random, so there's no guarantee your stuff will show up. But you can follow along in real time and read the feedback from the pros for those who get selected.

My twitter pitch never saw the light of day, so I'm going to start off with what I learned from the forums - which really is general advice for critiquing and interacting with other writers.

This is actually a hard one for me - I'm used to critiques that focus on what needs to be improved and can come off as rather harsh. But everyone needs encouragement, especially when you are dealing with what amounts to a bunch of strangers. Not only is it nice to be nice, but people are more willing to critique your work if you've given them a positive critique. WriteOnCon is very good at being a place of support and positivity.

Positivity is not the same as flattery - you should speak up when something doesn't work for you or you see something in another's work that you consider a problem. A good critique is always going to point out things that can be improved. But take some extra time to say what you liked and what they are doing well. Then make suggestions for HOW to improve things - don't just say it sucks.

This is where I feel WriteOnCon can often miss. A lot of the feedback I see is very general - more voice, watch your punctuation. Even if someone wants to improve, they may not know how to do it. I try really hard to point out specific examples of things I think are wrong and then make concrete suggestions of how to improve it. I tell people where I think they should include a more personal expression, or highlight phrases that don't work for me. I don't expect everyone to just take my advice and make every change the way I suggest, but I think it's much easier for them to see exactly what I'm saying and deal with it however they want.

Ignoring advice is an important part of taking critique. Not everyone is right, especially a bunch of strangers of unknown experience and background. Heck, I've even seen agents give contradictory feedback to a person. How do you know who to listen to? For me, I always start with patterns. If lots of people are saying the same thing, then they're probably right. Second, I read the writing of the person who critiques me - if I like their writing then following their advice is likely to help me improve (though not always). But at the end of the day, I'm my own writer. I get to decide what I want my writing to be. The important thing is to understand the suggestions you've been given before you dismiss them. 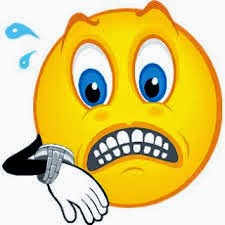 Another pattern that I noticed this year was in the rate of revisions. Those that made quick revisions, and did it repeatedly, often after a single comment from a single person, normally wasted a lot of time. They would fix one thing but not another; they would change one line and not realize it screwed up the next line; they would spin themselves in circles changing things to please people and end up with a garbled mess. More than once someone would respond to my feedback on their fourth revision by saying that they had done what I suggested in version 2. The format of WriteOnCon, and the deadline to fix things before the agents show up, lend itself to rushing people. But that often creates more work and a worse result. Take in the feedback, wait for multiple eyes on your work, let it digest a bit, then incorporate what you think is best. This is a marathon, not a sprint; pace yourselves accordingly.

Overall, I had a very positive experience with WriteOnCon this year. I got some excellent feedback and feel I was able to incorporate it into both my query and my first chapter in a way that improved my work. I only got the briefest of feedback from a ninja agent - they thought my premise was interesting but I could cut a little voice out of the query (the feedback was definitely split on that point since several folks loved the lines the agent said to cut :), but in the end I came out stronger than when I entered. That's what you want out of any experience.

I also put together my first twitter pitch, even though it wasn't chosen for any of the live events. Now I have that in my pocket and next time I'll talk more about what I got out of those twitter sessions.