So I've started a new book for National Novel Writing Month. A bunch of folks over at Absolute Write are doing the same and thought it might be fun for everyone to do an update on Fridays. Here's mine, and check out the links below to see what other folks are writing.

I wrote 4,100 words on day one. That's a full chapter and a little bit more. On day two (today) I almost finished off the second chapter but I'm taking off for the weekend so only got in 2,000 words. But it feels good and I'm getting into the character's voice - starting is always the hardest part for me so I'm very happy right now. Here's the start of the story: 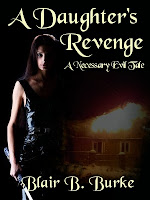 I hope I don’t get caught. It was stupid to sneak out to visit Tomas, especially when I’ll get to see him on market day anyway, but we won’t be alone then. It’s much more fun when we’re alone. I know I shouldn’t be letting him do those things to me, touching me like that, but I just can’t help myself. It doesn’t really matter – as soon as he reaches his eighteenth birthday and his father gives him a share of the mill he’ll be able to pay my dowry and ask Father for my hand. We’ll be married before winter solstice and then we’ll be able to do more than just touch each other. It’s so hard to wait.


The first warm, clear night of the season is another reason I wanted to go. The whole world is quiet and beautiful. It’s easy enough to find my way back home through the woods with the moonlight slicing through the bare branches, leaves just starting to return to the aspens. Everything is cast in a pale white, even my arms glow under the fae light. Tomas wanted to walk me home but I knew I’d be happier to have the time to myself. I never get to be alone. Besides, if he came along he’d just try to get under my smock again. Enough is enough; I’m still a lady.


I top Fletcher’s knob and noise reaches me from below. Shouts or screams I can’t really tell, and the forest blocks my view of our house. I could climb the rock on the top of the hill to see but something tells me I need to get down there as fast as possible. I run through trees, the moonlight now creating sinister shadows where roots and shrubs jump out to trip me. I fall twice but keep running as it becomes clear that there are many people at the house and something bad is happening.

Nearing the edge of the tree line I see different colored lights, the orange of torches moving hurriedly back and forth. The voices are more distinct: men’s voices yelling in heat and anger, hysterical screams from my mother and sisters, the wailing of my little brother, and over it all a laughter full of evil joy. I stop at the last large oak and gasp for air as I take in the nightmare before me.

There’re a dozen men, on horses and off, surrounding the house. Most carry a torch in their hands though several have swords or cudgels instead. I make my way closer to where the road follows the woods so I can get a better view, stopping behind a large trunk. Some men are coming and going from inside but most have gathered together on the dirt path in front of our porch. At the center of that group I can make out my family. My mother is clutching my sisters and brother to her as she kneels on the ground. My father is also on his knees but he is being held there but two men. He is facing the rest of the family but is separated from them by a single man standing at the center of it all. The screaming is stopped when the man walks to my mother and slaps her with the back of his hand.“Enough!”