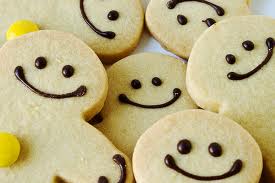 Let me repeat that. Repetition is okay.

I've mentioned before that writers are beset by 'rules', which are actually just stylistic guidelines. It's important to know these rules so you can understand where they come from. Once you know their derivation, you can break them - as long as you are true to their reason for being.

Once such rule is the repetition of words. We're taught that we shouldn't use the same word repeatedly. If he wants to have a cup of coffee, hold that cup, bring that cup to his lips, take a sip from that cup, feel the warmth of the cup and replace that cup on the table - that's a lot of cups. It annoys the reader. It makes them think that cup is the only word you know. You're suppose to change things up.

On the other hand, if he wants to have a cup of coffee, to drink some joe, have a taste of that morning jolt, the sweet nectar from the bean, the morning pick me up - that's getting awfully descriptive for coffee. Straining yourself to come up with a different way to represent a normal thing draws a lot of attention to it. Maybe that's good, or maybe he's just drinking some coffee.

Another repetition to avoid is the use of certain phrases or writing conventions. We all end up with our habits. I like to start sentences with 'and', things often happen 'once again', and my characters smile a lot. Nothing wrong with any of that in moderation, but if I don't consciously watch out for it my writings gets dull.

So there are reasons to avoid repetition, but also reasons to use it. The important thing as you write is to be aware of what your word choice is doing to the reader. What feeling is it creating in them: boredom? understanding? awareness? Are you drawing attention to a limited vocabulary or emphasize the similarity of items in your story?

Knowing the repetition exists is the first step, and most writing software will help you with that. It will point out the occurrences, allowing you to use your judgment on what to keep and what to change. Understand the rule and break it only if you know why you need to.
Posted by Unknown at 7:30 AM