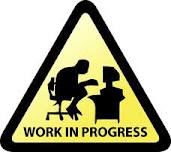 I've been tagged by Alan over at the Quill Pen in the Next Big Thing blog hop. It's a chance for authors to share a little info about what were working on write now - hopefully what will become a big thing in the future. Thanks for passing things along, Alan. Please check out his site for some background on what sounds like a great mystery set in Washington, D.C. And check the end of this post for a few more authors who will hopefully be continuing the hop.

Here are ten questions (and answers) about my Work in Progress. I'm in the middle of revisions and getting more excited and happy about it all the time.


1. What is the working title of your current/next book?

The working title is SYNTHESIS. It works for the technical details of the story, it works for the themes, and also has the proper etymology. It took forever to come up with it but it feels right.


2. Where did you get the idea for that book?

I have to admit that I kind of started with Twilight. I was thinking about what made it so popular and wanted to do something science fiction related. So I started with an idea of a teenage adventure with a romance and some sort of powerful creature that wasn't a vampire or werewolf. I didn't want something fantastical and I didn't want a love triangle. When I came up with the idea of an alien race living here on earth it all came together.

It's Young Adult, though that's not really a genre. It's science fiction by definition - it has aliens - but it's set in a contemporary time and doesn't have anything too fantastical or depend upon the science aspect. As I wrote it I was thinking of it in terms of a thriller because of the action and the suspense. But a character driven thriller.

4. If you could pick actors to play the lead characters in your story, who would you pick? 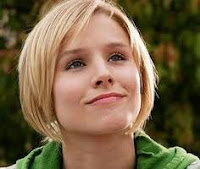 That's tough because I tend to form my own picture of the characters and I try to come up with it from scratch. The Female Main Character (Emily) is petite and blonde (though changes throughout the story). I guess a young Kristen Bell (from Veronica Mars) would fit the role. For the Male Main Character (Holden) it's a little harder: he's tall and athletic. Maybe Alex Pettyfer (from I am Number Four, coincidentally). The best friend is a short Hispanic girl who's a little overweight - not the type you find in Hollywood. A younger America Ferrera? 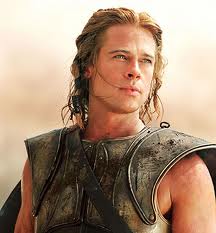 The adults are a little easier. Emily's mom definitely reminds me a bit of Julie Bowen from Modern Family - though not as comedic. There's a kindly older gentleman, Hesiod, who would have been perfect for Charles Durning - RIP. And there's Achilles. Yes, the actual Achilles. Unfortunately since the movie Troy I always picture him as Brad Pitt, even though that doesn't seem authentic to me. But they'd have to use a little movie magic to make him taller and bigger.

5. How would you describe your book in one sentence (10 words or less)?

6. How will your book be published, submitted through the traditional route to a traditional publisher or will you be handling it yourself through Indie Publishing methods?

I intend to go the trade route. I believe it's a very commercial concept and I hope to get an agent to help me sell it to a publisher. It's  not quite ready to start querying, but I've been doing my research and hope to start sending things out in a few months.

7. How long did it take you to write the first draft of this book?

I wrote the first draft over five months, but I had some family issues that really took up a couple of months in the middle. And when I finished the first draft I realized that it didn't really stand on it's own enough. I conceived of the book as part of a three book series, but I decided to merge books one and two since I think it makes a stronger stand alone book. That sent me back to the drawing board but it only took a month to add the new stuff and make the changes. It flowed really well once I decided to do that.

8. What other books within your genre are similar to yours?

I think my book merges a few different ideas. I tried to use some of the big ideas from Twilight in terms of a young adults trying to find their way in a world of powerful beings hidden among us, but I took out the fantasy aspect. The SciFi elements and action make it a little more like I Am Number Four - definitely not a dystopian future book. Through it all I really wanted to focus on the character and relationship development as the themes that hold everything together. I think of all my books as character studies because that's what interests me, but they tend to read as fast paced action novels because that's how characters develop.

9. Who or what inspired you to write this book?

To be honest, I had a lot of different ideas that I wanted to write. I chose the one that I thought would have the most commercial appeal. I want to be able to keep writing; I want to explore many different ideas and genres. But I need to sell a book to get it all started and I think this is my best shot.

10. What about your book will pique the reader's interest?

Ultimately I hope that readers will like the main character and her development. That's what it's all about. But I think the SciFi twist creates a cool world within our world that will entertain people and raise a lot of interesting thoughts. I also think the action/thriller elements will keep people reading and be simple fun at the same time. I want to create something that can be enjoyed on different levels and let the reader take what they want out of it.

So that's it, a little about my current Work in Progress. I hope it sounds interesting. It sure has been fun to write. I'm passing the torch to a couple of blogs that I always enjoy. They should have their 'Next Big Thing' posts up shortly, so check them out to see what other great stories are coming down the pipe: