A first-timer's guide to writers conferences

So I'm just back from the San Francisco Writer's Conference, my first one ever. It was quite the experience so I thought I'd share in the hopes it might help out those who've never been to one but have thought of attending. Of course, going to a single conference doesn't make me an expert, and I'm sure that different conferences are different in many ways, but I think I learned enough to extrapolate to general wisdom.

The main question I think most people ask about conferences is: is it worth it? It's a significant investment of time and money. Those two things tend to be precious to most of us. I won't be able to answer that question for you, since everyone values things differently. I will say that in the end I think it was worth it for me, and at the moment both time and money are extremely tight. Here's what I got out of it:

What you'll learn at a writer's conference.

The truth is that I already knew a lot of the things that I was told. Not that I know so much, but I've done quite a bit of researching this writing thing and have paid attention to other people in other places (some good resources are listed in this post on Writing Resources Online). But if you haven't gotten that far and still have basic questions, then a conference will definitely sort you out quickly. Agents tell you how the process of getting an agent works and why you would want to do that. Editors talk about what a book goes through to get published by a traditional press. Self-publishing was also thoroughly covered from the nuts and bolts to the why's and when's.

You also get a lot of info on less clear cut topics. How and why to build a platform (and if you don't know what a platform is, they'll tell you that, too). How to market yourself and your book. What should you look for in a freelance editor. How to structure a critique group. Some folks have strong opinions on these but I don't think there's a single right answer - but you'll get several good answers from various sources.

There were also workshops on the craft itself: how to write a great opening; how to make characters three dimensional; what topics are out of bounds for YA (none, btw). Very concrete things on how to write and what you need to do in order to end up with a book that is readable (and that you can sell). Essential information for every writer.

These are the things I already knew - they can be found elsewhere. But what I learned in a year of online research and various conversations and piecing things together - I could have gotten all if it in one weekend. If I had attended the conference a year earlier it would have saved me a lot of time in the long run. As it was, I still picked up a few useful things here and there.

The feedback you get at a writer's conference 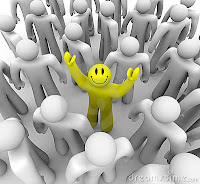 Now the San Francisco conference had three hundred and fifty attendees. Most sessions had from twenty-five to one hundred people in the room. Events and presentations were scheduled non-stop. The agent speed-dating sessions only lasted three minutes apiece. There was a sea of people and everyone was going a mile a minute.

In spite of this, it still felt personal. One of my first sessions was a panel critique of first pages. Everyone in the room had their first page read and the panel gave feedback. Quick feedback, but incredibly useful (I learned that my voice was good and I had a few redundancies that could be tightened up). There was also a ten minute session with an editor. Got more feedback on my first chapter as well as a good developmental summary of the plot and suggestions to improve it. And even the super short agent sessions all gave me specific feedback to improve my story or my pitch (one agent even went long just to give me a little pep talk).

And on top of the formal feedback there are countless opportunities to get more feedback at random times. At the table during the meals everyone talks about their project. In the hallway as you're walking from one conference room to another. There were even dinners arranged by the conference with other attendees and some pros. I probably could have taken advantage of it more, but I tend to shy away from talking about myself and listen to others. That's okay - you can also learn by giving feedback sometimes.

That brings up a good point - this feedback comes from both the professionals and your fellow attendees. You really shouldn't discount what other aspiring writers have to say. One of the most useful suggestions on how to improve my pitch came from someone I can't even remember as we waited in line for lunch. I'm sure it made a difference in the ultimate success of my pitching to the agents the following day.

It's hard to overestimate the importance of networking in this industry and the conference is a chance to do it on a personal level that you just can't manage over the internet. More than one presenter mentioned that it really is who you know that matters. The good news is that you don't need to know them well. Querying an agent with a quick note that you met them at a conference immediately gets your work looked at more seriously. Just being there gives you some street cred.

And the same is true for the as-yet-unpublished. You know that the other attendees have some degree of dedication and savvy in that they are willing to dish out their money and spend four days devoted to their dream. I met lots of great people, and even those who were writing something as unconnected-to-me as possible were people I'm glad I'd met and might prove helpful in the future. If nothing else, they're all potential readers.

Networking is another area that I don't excel in, but I'm quite happy with what I accomplished. If you're a little bit more of a social animal you'll be able to fill a box with the business cards and contact info you'll end up with. Just remember to bring comfortable shoes for long days and late nights (if you so choose).

This is actually the biggest takeaway from the weekend for me. We had lots of great inspirational speakers (R.L. Stine is hilarious, Anne Perry was sharp as tack, Guy Kawasaki is on the ball) and we heard lots of great stories from the other presenters. Several published authors there even mentioned that they had attended that same conference years early when they were just starting out.

But what inspired me the most was the overall sense that I belonged. I understood what people were talking about. My ideas were on par with their's. I was treated with respect and my opinions mattered to everyone I spoke with (including the founder of Smashwords, for example). Nothing makes you want to work harder to become an author than getting treated like one.

The other thing that really inspired me is that four out of five agents I pitched to invited me to submit a query to them when I'm ready. That's some serious inspiration right there.

Writer's conferences are totally worth it

My first conference is in the books and now I'm excited to get back to the actual writing. I don't know if I'll be going to any other conferences soon - my bank account won't really allow it, anyway. But I am very glad I went to this one and I heartily recommend that everyone out there consider attending at least one conference this year. It might not be for you, and I don't think it's a requirement to make it in the business, but it's a quick and efficient way to learn and accomplish a lot of the things that are needed to become an author. And they're a whole lot of fun!
Posted by Unknown at 7:13 AM