Logic and Legality in Marriage Equality 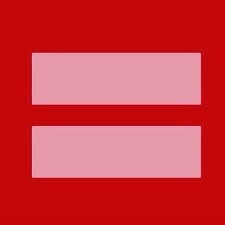 This post has nothing to do about writing, so you're free to turn away right now. This will contain politics - again, you've been warned. I'll return to writing soon enough, but my frustration with certain too-prevalent discussions makes me want to say a few words on logic and how it relates to our society. I'm not really arguing any particular side here, but other people will interpret it that way. It will make me feel better to put out what I consider reasoned and intelligent facts. They'll likely get swept away in the detritus of political discourse, but so be it.

I can't believe that we're still talking about marriage equality! And talking about it in such stupid ways. We waste so much time on illogical and irrational debate when real issues which require difficult solutions should be getting our time and attention.

Let's start with some basic logic and a simple understanding of how our government is designed to work. The first idea is that our constitution was written to protect the minority from the majority. That's what all those rights are about. If we wanted a simple majority rule, we'd just vote on everything and have no need for a Bill of Rights. But that's not equality. In order for everyone to be treated equally, we have to establish a baseline of rights that prevents the majority from imposing it's will on the minority. Without this, we'd have lots of problems. For instance, white people are still the majority. In the past, they decided it was okay to enslave a minority based on race (skin color, really). Seemed like a good idea to most at the time (since most=white), but now we recognize that it wasn't really very equal.

(Side note: The whole 'all MEN are created equal' points to a problem right there - the founders of this country weren't perfect and their words haven't all held up to the test of time. The truth is that women are the majority in this country. So if the majority gets to make all the rules, that might change things considerably :)

Getting back to those rights. Let's talk about the freedom of religion. Specifically, this is what the first amendment has to say about it:
Congress shall make no law respecting an establishment of religion, or prohibiting the free exercise thereof
First and foremost, it says that our government can't establish a religion. The idea was that our government shouldn't push any specific religion and that no single religion should be the basis for our laws and rights. The second part says that people get to exercise their religion, whatever that may be.

It's that exercise part that seems to confuse people. It doesn't mean people get to do anything they want in the name of religion. That would make all those laws and rights we're worried about absolutely useless. If your religious beliefs allow you to disregard the laws, and you have the right to believe anything you want, the logical outcome is that you don't have to follow any law you don't believe in. If that were true, I think a lot more people would find religion - religion that doesn't 'believe' in taxation, or speed limits, or gender equality, or any number of laws we'd like to be able to disregard as individuals. That's chaos.

So we can all exercise our religion - up to the point where it comes in conflict with the laws. Then the law wins. Laws are society agreeing everyone has to abide by the same rules. People can believe what they want, but the rules have to be equally enforced to have any meaning. And our society in particular has said that it is wrong for rules to apply differently to different groups. We all have to follow the same rules, and everyone is afforded equal protection under those rules. You right to your beliefs can't take away someone else's protection under the law. (This isn't any radical idea, but generally accepted legal doctrine since the eighteenth century.)

Where does this lead us? Marriage is a right under the law. It's a legal bond that comes with certain rights and obligations. It's completely separate from any religious notion - even the non-religious can get married. To equally apply to everyone, everyone needs to have the right to get married, unless that right somehow impinges on the rights of someone else. It's wrong to say that certain minorities cannot get married, or to restrict which minorities can get married to other minorities or majorities. We decided this long ago, and no one is really arguing that point.

Getting back to the whole majority/minority thing. How do we divide things up? What gets considered a minority? Legally, there are considered protected classes, those who need protection against discrimination for some reason. Generally the classes are for things you have no control over: race, gender, age, genetics. But they also include things you choose: pregnant, veteran status, religion. Once again, this is all accepted by the courts and has been for a very long time.

What about sexual orientation? Currently, that's not officially recognized as a protected class. But does that make sense? Is it logical? No, not at all. First, scientific evidence tells us that sexual orientation is not a choice (check the credible science if you don't agree - science beats opinion every time). And the courts have already said that it's illegal to discriminate based on genetic information. That should settle it.

But for the sake of argument, let's say say sexual orientation is a choice. That choice should be afforded the same protection as other choices, like religion or familial status. If choosing to be Hindu is protected, why would the choice of who you love not be protected? If that doesn't work for you, I can easily come up with a religion that believes in homosexuality and then the choice is simply another religion and it has to be protected. (There are over 300 'recognized' religions in this country, including Neo-Paganism and Santeria. If we made homosexuality a religion it would be the third largest in this country.)

Being gay puts you in a minority. Minorities have the right to be married. That should settle it. The only question left is: does gay marriage impose on the rights of those who do not think homosexuality is okay? No, it doesn't. Extending a right to one class of people does absolutely nothing to decrease the rights of other classes. It may may affect your belief, but that's something different. Everyone is still free to believe whatever they want about homosexuality. They're also free to believe anything they want about people of different races. They can even believe that all the other religions besides their own are false religions. Believe what you want, but equality demands equal rights. It's that simple, so why the hell do I have to waste my time saying it?

I could end there but I'm on a roll. I want to look at some of the arguments I've heard against marriage equality. First, the idea that it's not a simple minority question. These people admit that laws restricting blacks from marrying whites are wrong, but laws against gay marriage are different. That argument doesn't hold. By any reasonable definition, gay should be a protected class. It's a difference in people that is determined by something other than choice. The fact that many religions and many people throughout history have considered homosexuality immoral is irrelevant. The truth is many religions and many people throughout history believed that certain races were inferior and not deserving of the same rights. We have rejected that argument in this country - majority does not make right.

I've also heard it argued that gay marriage somehow diminishes straight marriage. Maybe it does in your belief, but not in the law. Allowing two men to get married doesn't stop anyone else from getting married. It doesn't change the existing heterosexual marriages in any legal manner. That's what we're talking about here - the law.

But what if people who don't believe in gay marriage are forced to work at a gay wedding? (The Arizona photographer case) Well, yes. If you're operating a commercial enterprise in this country you are not allowed to discriminate on the basis of your beliefs. We settled that in the Civil Rights Era regarding racial discrimination. It's the exact same argument. And no one has ever said that specific religions will have to recognize gay marriage. Your religion can do whatever the hell it wants. You can't (and no one has tried to) force religions to perform religious ceremonies. Your Catholic priest can't be forced to perform a religious wedding for a gay couple. Just like they can't marry a divorced person because that would also be wrong :)

What about the idea that we need marriage to promote procreation for the survival of our species? (I find it hard to believe anyone is arguing this in good faith, but I'll address it anyway). There has never been any legal requirement on the intention of marriage. There's nothing stopping infertile couples from marrying. There's nothing stopping two heterosexual people from getting married in order to receive certain tax breaks. Intention has nothing to do with (unless you're trying to get a green card, then it all of a sudden is a big thing - but I digress). Besides, science once again says that gay couples do just as good (or poor) a job of raising children. If a married mom and dad are so important to raising a child then we need to outlaw divorce and unwed pregnancies. Good luck with that.

So why, for the love of whichever god you choose, do we keep arguing about this stuff? Why can't we step back from our own notions of right and wrong and act according to the principles of our society? When did rhetoric and belief replace logic and facts? Those are questions I don't have the answer to. I'll just ask everyone to think about this: worry about things that actually hurt you; worry about things that hurt other people; work to reduce the hurt in the world and we'll all be better off.

I'm happy to hear feedback in the comments, but I reserve the right to squash any that aren't friendly (I welcome friendly disagreement). For the record, this is not a public forum so there's no free speech issue. Another common argument that's completely misguided...